Amazing,   Finally the old girl kept going, despite some awful sounds coming from inside the engine, and a significant drop in power, My rider Rob Wittey has become 2015 classic F750 and 1300 Multicylinder champion.

They told us we wouldn’t do it, They said we would never be competitive. On reflection I think they had a point because Its not been easy. But when somebody says it cant be done, well you have to try don’t you. 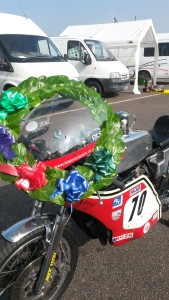 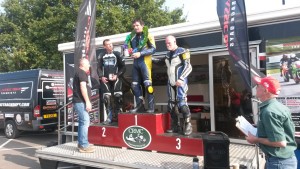 Its taken 3 years to develop the Honda into a capable package. The strict regulations are more aligned to keep the British models at the front, But against all odds I knew we had a chance. To take the 1300cc championship as well just goes to show that the development worked.

In 2016 will see the start of a limited run of continuation models based on our winning specification, the first bike CR0002 is nearing completion. and deposits are now being taken.