CASTLE COOMBE BACK ON CR-1

So Castle Coombe was a bit of a worry,  I dont seem to be improving, and was wondering if its time to retire.

So The Saturday was miserable all day with practice and 1st race being held in torrential rain, so much that we had power outage and rivers running through paddock,  we only had one race, but the poor old honda misfired all through it and only just completed the race.  Thought i’d found the problem with soaked electrics, and so on to Sundays dry race, the bike dropped a couple of cylinders again as soon as I was on the throttle only to return on slowing down lap.   So went through bike again,  this time renewing fuel supply/filters and plugs.

Last race of the day and with misfire gone, it all came together. Start (from the back) was great, managed to out run my normal adversary’s right off the line but as always I back off as I catch the gaggle of double hard racers on gsxr and vfr in the other classes.  I definately need to stop being the gentleman racer !!!!

An extremely hard race holding off a vfr and triumph the whole race,  but I tired towards the end and the vfr I’d been holding off got past me, the best I could do was get alongside on last lap but was not brave enough to stay there.,  note to self get a bit harder. 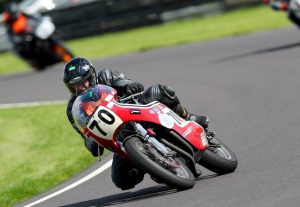 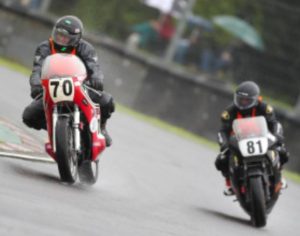 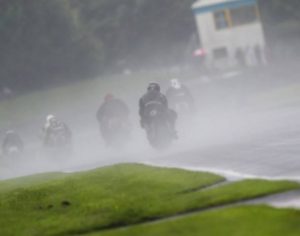